Arnd Baranowski, CEO
Once upon a time, telephony networks operated separately from IT systems and were well protected against hacking attacks. But that has all changed.

Today, telecom networks use general purpose hardware and software systems that resemble the enterprise IT equipment used regularly by companies. This has made telephony networks more vulnerable to cybersecurity threats than ever before.

While IT cybersecurity teams at enterprises focus on preventing hackers from stealing sensitive customer or company data, fraud protection units at telcos are constantly on the lookout for communications traffic exploitation that results in lost revenues.

At stake for telecommunications companies is billions of dollars in lost revenue—U.S. telcos alone suffer $15 billion of damage every year from fraud. To handle these new threats effectively, telcos need to modernize their fraud detection infrastructure and tools.

According to Arnd Baranowski, CEO of Oculeus, telecommunications companies grappling with fraud prevention need to deploy similar types of cybersecurity approaches used by enterprises from other industries. Just as telco networks have become more like IT systems, so do approaches and solutions for fighting fraudsters attacking communications networks.

Baranowski noted that many existing fraud prevention practices used by telcos won’t suffice anymore. That’s because these methods can take hours even days to detect fraudulent telecommunications activity. Telcos that continue to rely on systems that take so long to identify hackers are leaving themselves exposed to significant and ongoing revenue losses.

So what can a telco do to combat fraud?

Oculeus is a provider of business and operations support systems (OSS/BSS) for telecom companies and has developed an automated anti-fraud system capable of quickly detecting and shutting down fraudulent communications activity. The Oculeus Anti-Fraud System offers the first-ever adaptation to the telecoms space of an important cybersecurity technology long used by enterprises: anomaly detection.

How does it work? The system starts by building a baseline profile of telephone activity: it tracks where calls go and come from. After collecting data at five-minute intervals for a month, it learns to tell the difference between normal and abnormal phone traffic.

The system then constantly monitors call records and commercial data to locate outliers and patterns of network usage typical of fraud. Oculeus’ solution performs a rapid post-call review of suspicious activity and is also able to evaluate pre-call attempts at fraud and immediately block fraudulent activity.

Once the suspicious communications traffic is confirmed as fraudulent, the system immediately blocks the traffic. Baranowski emphasized that this is an automated process that can take minutes even seconds before significant revenue is lost.

The anti-fraud solution recently won Oculeus a Fortress Cybersecurity Award as well as a Cybersecurity Excellence Award for the system’s unique approach to improving the security in telecommunications networks.

“Telcos need to understand that perpetrators of telecom fraud today use sophisticated cyber-hacking methods to inject costly and damaging telecommunications traffic into their networks,” said Baranowski. “To combat this misuse effectively, telcos need to adopt a proven cybersecurity approach.’’

Reducing the cost of telecoms fraud

Some telecom fraud perpetrators will hack into a phone network and then inject their own phone traffic routed to expensive and far-flung destinations, such as remote islands in the Pacific Ocean. While expenses pile up for the telco service provider and its subscribers, a perpetrator can charge for usage of the network they illegally hijacked.

Last year, Oculeus itself was hit by an attack of telecom network fraud. Even though the company doesn’t run a telecommunications network, hackers were able to penetrate Oculeus’ private exchange and route several hundred hours of calls to locations in Africa and Europe. No one noticed the irregular call activity because the attack occurred over the weekend and the price tag was nearly $17,000.

“If the system we have now developed had been in place then, there would have been a maximum of two or three minutes of fraudulent communication and that would have cost all of about 20 cents,” explained Baranowski. “Detecting fraud is based on statistical evaluations of call data records. The point here is to get it to a level where you can understand within seconds that what is happening is fraudulent. Then you can put a stop it.”

“Our combination of anomaly detection technologies and automation is extremely fast and unique for telecoms fraud prevention practices,” continued Baranowski. “Our approach is attracting a lot of attention.”

Oculeus is currently preparing to launch a new version of the anti-fraud system that will allow telecoms to offer a PBX protection service.

This means that in addition to protecting the networks of telecom providers, Oculeus’ anti-fraud system will be used to protect the communications networks of a telco’s business customers against fraud.

Description
Oculeus provides an array of solutions to help telecom companies fight fraud-attacks, reduce cost, and analyze the quality of the network 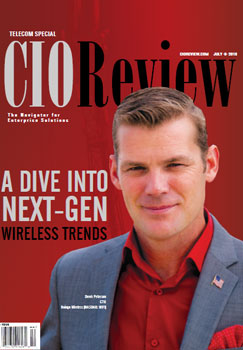