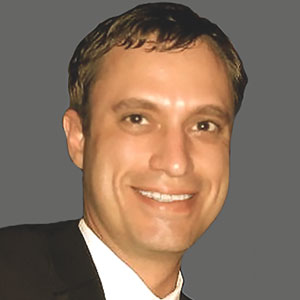 More and more of the world’s citizens are moving to cities. The United Nations says by 2050, the world’s urban populations will increase by 2.5 billion people, a phenomenon known as “urbanization.” U.S. Census figures show nearly two-thirds of the United States’ population currently lives in an urban area. And that number is expected to explode. Cities around the world are on track to face many challenges when it comes to meeting the needs of their growing populations. The way city leaders plan infrastructure, transportation, energy, education and health care will be crucial as those leaders work to meet those needs.

As those changes are planned and adjustments are made, many cities are looking to incorporate technology. The idea of the “smart city” was first introduced by Professor Rudolf Giffinger of the Vienna University of Technology in Austria a decade ago. Many urban areas have embraced the idea, but bringing the concept to fruition can be challenging from several perspectives.

First, defining exactly what makes a city smart is difficult because the concept runs the gamut. It could include components like leak sensors on city water lines, solar street lights, smart parking meters, even air quality sensors that provide details to asthma sufferers in real time. While there are many definitions, in general, the smart city concept has grown with technological advances in a few key areas: the Internet of Things (IoT), virtualization (including cloud computing), advanced sensor technology and the widespread availability of smart phones with apps that make collection of, and access to data faster and easier.

It is clear though, that the smart city industry will play a large role in the future of the planet. According to McKinsey research, the industry is projected to be a $400 billion market by 2020, with 600 cities worldwide expected to generate 60 percent of the world's GDP by 2025.

So, who pays for these smart cities? Some funding comes in the form of government grants, so the short answer is taxpayers. Public/private partnerships (PPPs) will be the biggest key to smart city growth, and there are signs the private sector is more than ready to hop on board. According to the U.S. Department of Transportation, seventy-eight cities submitted entries to a $50 million-dollar contest held by the USDOT starting in December of 2015. The “2016 Smart City Challenge” charged cities to submit plans showing new technology solutions for current transportation problems. After seven finalists’ proposals were reviewed, the city of Columbus, Ohio was declared the winner. The city received $40 million dollars from the federal government and an additional $10 million from Seattle-based Vulcan. The USDOT has reported that since this contest, 150 additional companies and nonprofit groups have pledged as much as $500 million in support of future activities.

Another example of how PPPs can work is Chicago. Last year the city launched a bold initiative aimed at collecting and sharing data through a vast array of hi-tech sensors. The project is a partnership between the University of Chicago, Argonne National Laboratory, and the City of Chicago. The “Array of Things” is a mission to get up-to-date information to help face critical urban challenges head on. By the end of next year, the installation of 500 “nodes,” as these sensors are called, will be complete. The nodes, deployed throughout the city, measure and collect data on air quality, climate, traffic and more, and will act as a so-called “fitness tracker” for the city.

“The University of Chicago has a long and flourishing tradition of scholarship that engages with urban life and makes a positive impact,” said Robert J. Zimmer, president of the University. “The Array of Things project advances these ideals by gathering a broad scope of data about the urban environment, in a form that researchers, policymakers, and residents can use to develop innovative ways of improving our city and urban areas around the world.”

Barcelona, Spain ranks as a world leader in smart cities. The city has installed noise and air quality sensors, smart street lights, smart parking and Wi-Fi enabled many public areas of the city, including some beaches. A smart bus stop employs a solar powered screen with up-to-the-minute schedules. Trash cans come complete with underground vacuums that suck away garbage so cans never overflow. In other parts of the city, trash cans have sensors that will alert sanitation crews that it’s time to empty bins. With more readily available sensors, actuators and technology, cities around the globe can connect components citywide, impacting every layer from under streets, to the air above.

With so many sensors and devices throughout a city, how is all that data collected, transported, and stored? Cloud computing is not only making it easier and more convenient to store data, it’s making it dramatically less expensive. Town, city, state, and federal government agencies are all taking advantage of the latest, most innovative technologies, such as cloud computing, to increase operational efficiency and better serve constituents.

Connectivity to these smart devices is typically the most expensive and most logistically challenging part of deploying smart city devices and equipment. Both wireless communications and fiber optics will work together to blanket cities with connectivity options. Lightower Fiber Networks operates all-fiber metro networks that blanket cities with high-performance, universal connectivity. Since Lightower’s network is so dense in the cities it serves, it can easily be leveraged to support just about any smart systems that are deployed, today and into the future. Devices can be added, services can be added, and bandwidths increased, as needed—all on a network that is there today.

Most cities haven’t even scratched the surface of what is possible in terms of being a smart city. There are many models of sustainable urbanization that cities need to examine before choosing a path. One thing is for certain, smart cities are not the wave of the future— they are here today. It all starts with a core network infrastructure from which to build upon—with innovative applications, software, new technology and interconnected devices—the possibilities are endless.