5G and China: lessons from a surveillance nation

5G and China: lessons from a surveillance nation 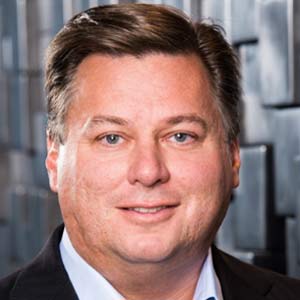 The advent of the 5G age is now truly upon us. Although the locations where signal is available may still be limited, the main four carriers in the US now offer 5G connectivity, and it is increasingly becoming a reality in countries around the world. The benefits of this expanded 5G network will be considerable, with faster speeds and more reliable connections. Average download speeds of around 1Gbps are expected to soon be the norm, with up to 15 – 20 Gbps possible. Increased speed in transmissions and lower latency will dramatically increase capacity for remote execution – less internal memory will be required in-device as more work is done in the cloud. This will of course be a boon to the Internet of Things, with the number of network connected devices expected to increase from tens of thousands to millions per square mile.

For all the advantages this interconnectivity will bring, it will of course not be without a downside, specifically the threat it will present to our privacy and security. Consider how such a frivolous seeming platform as Facebook caused a paradigm shift by offering services that created an entirely new, profitable and powerful tool for marketing and analytics. Simultaneously the platform opened up a completely new front for sentiment manipulation, detailed surveillance and predictive data analytics. To explore what we can expect from 5G it is illustrative to look to China, where the technology is increasingly common.

For years China has sought to rank its citizens in thought and deed. However, in the last decade this has evolved into a citizen social credit score in much the same way as the United Sates gives its citizens a financial Credit Score. This may be the first time you have heard of a social credit score outside the realms of fiction, but it is already a reality for billions of people. It is essentially a metric of how well behaved an individual is as a citizen, with people able to influence their own score with good or bad behaviour. Negative comment about the government, antisocial behaviour, failing to pay debts, getting arrested, standing up a taxi or even smoking in a non-smoking area can cause scores to deteriorate. Positive actions such as donating to charity can boost scores. According to the Associated Press, in 2018 China banned people from buying plane or train tickets 23 million times due to poor social credit. A student’s university enrolment was even suspended because of his father’s low score.

China has been a surveillance state for years and mobile devices are becoming a key tool to determining an individual’s social credit score. In China it is nearly impossible to live without a cell phone, integral as they are to daily activities and commerce. What seemed like a life benefit, may actually be the opposite in such an environment, as all societal interactions are captured and analysed; be that WeChat with friends or colleagues, purchases, location and movements, health and of course biometrics. As a nation the Chinese have already rolled out voice printing, but then anyone anywhere worried about protecting their voice biometrics nowadays is already at least five years too late. Your face and features have been collected as well, but the cost to you is not yet fully apparent.

The new generation of telecom connectivity is not an iterative change like 3G to 4G/LTE, but rather a step change as the network computing power is moved to the antenna (or cell tower), becoming decentralized. This combined with the millions of cameras that are currently being installed in our world will deliver some perceived benefit, but will also add a surveillance capability like few have ever imagined.

For context, researchers at Comparitech have forecasted that this year China will have in the region of 626 million CCTV cameras, or nearly one camera for every two people. With this level of surveillance, which is not just visual but also audio, the 5G network will allow a host of new functionality. For example, a customer could order a takeaway meal simply by saying it out loud to be picked up by microphones, with their progress to the restaurant tracked by multiple cameras. Once inside, facial recognition means they will be greeted by name, with payment collected automatically. If they comment on their food, positively or negatively, that data will be collected and analysed for future menu changes at a macro level, or at a micro level to advise them on future orders. Capturing this data from the network will allow any state actor to optimise social credit scores on a real time basis for compliance with their master-view of good citizenship behaviour.

From China we should expect such behaviour as we are acutely aware of the daily choregraphed control of their population. But there have been countless examples from the western world in which agnostic technology has been subverted by rogue actors within powers that be, or indeed governments themselves. All too often we sleepwalk through the privacy vs. security debate, not realising until too late that we have traded our own privacy for convenience. The entire concept of digital persona and how it applies in an information economy has been superseded by a desire for products and services that are free or cheap at the point of use and as frictionless as possible.

Whether it be China, where little pretence is made over objectives, or rogue officials entrusted to serve their country in the west, it is clear to see that 5G will bring a new level of invasive surveillance. How this data is used will range from manipulating individuals, perhaps through to dictating who triumphs in our supposedly democratic elections.

At Cellcrypt we take privacy seriously, protecting your voice and messages with encryption that exceeds the NSA’s Suite B Standard for Top Secret. Back in 2005, and way ahead of its time, we forecast the need for this level of cellular communication security. We can now predict such trusted encryption tools will be increasingly relied upon not only by governments but business leaders and even individuals seeking to protect their social interactions, privacy and proprietary information. Equally it is predictable that new technologies will emerge to counter this surveillance, such as a ‘voice facemask’ which may be sound insulated and connect by encrypted Bluetooth to your mobile device; when combined with your ear pods this could assist in defeating facial recognition and voice collection. Our technological world is about to change in ways that most of us have never imagined. In short, 5G and surveillance bad actors will drastically erode the hard fought for freedoms that we believe in the western world are a human right. Our response to this, both as individuals and as organizations, will be crucial in dictating just how far this erosion goes.